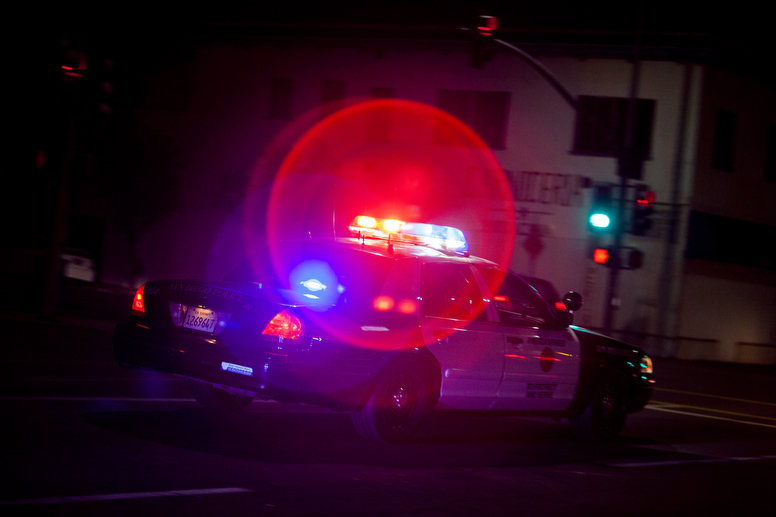 By Dwayne Crenshaw, CEO, RISE San DiegoThis question will draw a quick “no” from some, an emphatic “yes” from others and from many more, an indifferent “who cares?” Each response is understandable – after all, we’re talking about a topic grounded in issues of race, which we haven’t yet found a good way to discuss in America.But we can’t move on or come to easy answers without comparing Ferguson and San Diego. We should struggle through a thoughtful and objective analysis of what’s happening in Missouri, start a community dialogue about what we find and dig deep together to come up with innovative San Diego solutions to seemingly intractable societal challenges.From a bird’s eye view, most commentators agree Ferguson is troubled by a largely white, non-resident police force that is unreflective of the community’s largely black population. The town has been plagued by poor police-community relations and serious concerns about police practices and racial profiling.Zoom in a little closer and we see Ferguson’s racial disconnect extends politically to an all-white city council guiding the community, which admittedly has low voter participation arguably rooted in disenfranchisement.We also find “white flight,” racial tension, low household incomes, high unemployment, low educational outcomes and high crime rates. Unfortunately, there’s less discussion and more disagreement about what all this means.Now for our region.There are obvious differences between Ferguson and San Diego. We’re more metropolitan – though not necessarily more enlightened. No police officer-involved fatal shooting of an unarmed black youth has launched us into the media spotlight recently.And the city has taken steps to avoid that scenario. The police have started tracking data on traffic stops again, are rolling out use of body cameras, and in racial makeup, the department does a pretty good job mirroring the population as a whole.Chula Vista and National City, the region’s cities with the largest Latino populations by percentage, both have Latino police chiefs. Lastly, both personal experience and anecdotal evidence suggest our sheriff and other police chiefs in the region are not completely inept, incompetent or insensitive like Ferguson’s police chief showed himself to be. That’s about where our differences end.As in Ferguson, San Diego has serious concerns about racial profiling, inappropriate police practices and the health of police-community relations. These concerns are substantiated by recent data released by San Diego Police Department, which show a disproportionate number of stops and searches of black and brown people.Politically, all members of the County Board of Supervisors and the County Board of Education are white in a county that is now majority non-white. When we look across the region at individual city councils, as well as school and community college boards, we see disparity in the racial makeup. And, unfortunately, like in Ferguson, voter turnout in San Diego County is poor, with just 20 percent of registered voters having participated in the June primary – even lower in our urban communities of color.San Diego has a racial and cultural divide commonly referred to as “north and south of [Interstate] 8.” Consistent with this divide, many communities are being battered by low household incomes, high unemployment, low educational outcomes and high crime, with rates dramatically worse than in other parts of the county.Who is leading in the community to change these conditions? Where is the dialogue that empowers everyone in the community to find solutions?Heaven forbid we have a tragedy like the killing of Michael Brown and an outburst of unrest. But if we did, who would we call? Like Ferguson, San Diego is lacking community leadership and meaningful systems of civic engagement that might lift up our communities.Could Ferguson happen in San Diego? Right now, yes. Enough similar conditions certainly exist.But we can take steps as a community to change. A few suggestions:Create and sustain a constructive community dialogue about issues of race, police-community relations and social and economic injustice.Commit to inform our community dialogue with objective research inclusive of both quantitative and qualitative data, so people can attack facts and not one another.Identify and develop a network of community leaders who can work together and engage folks from every background in our region to come up with innovative solutions to issues that have dogged us for too long.If we make this our response to Ferguson — if we stick with it, do it sincerely and do it well — perhaps it won’t be long before the question across America becomes: “How can we get what happened in San Diego to happen here?”Article originally posted in the Voice of San Diego on September 3, 2014Dwayne Crenshaw is a native San Diegan and long-time community and nonprofit leader. Crenshaw’s commentary has been edited for style and clarity. See anything in there we should fact check? Tell us what to check out here.Voice of San Diego is a nonprofit that depends on you, our readers. Please donate to keep the service strong. Click here to find out more about our supporters and how we operate independently.